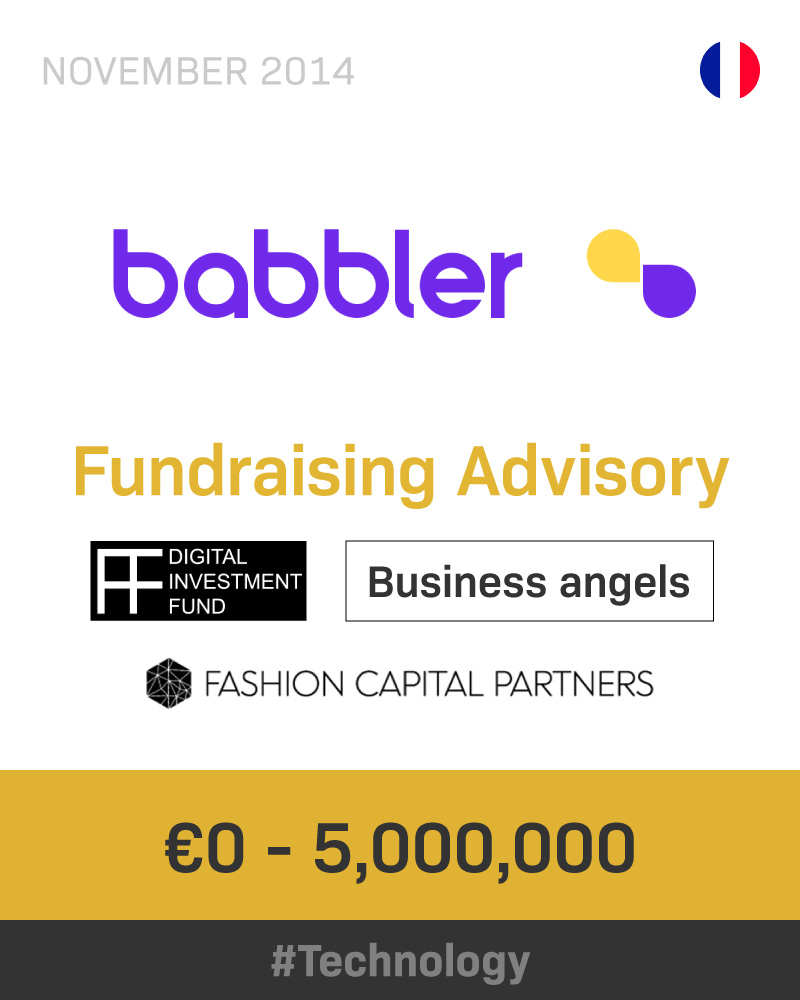 Effective Capital advised Babbler for its first financing round.

Created in 2012, Babbler is the first social network for PR and media professionals. Babbler has developed a digital platform to change the rules in the PR world.

Babbler is preparing another fundraising round for 2015 to internationalize the development of its social network. With this strategy in mind, the founders have decided to reinforce their board by setting up an intermediary pool with strategic associates. Among them:

“This bridge of several hundreds of thousands of euros will allow us to reinforce the technical and commercial team and speed growth up”, according to Hannah Oiknine, founder.

Ilan Elbase, Partner of Effective Capital adds: ‘These prestigious investors, such as Fred and Farid, Fashion Capital Partners and Serge Perez will allow Babbler to pursue its strong growth and prepare its international advancement planned for 2015”.