Goutu raises €2.5m from Audacia to expand its store network 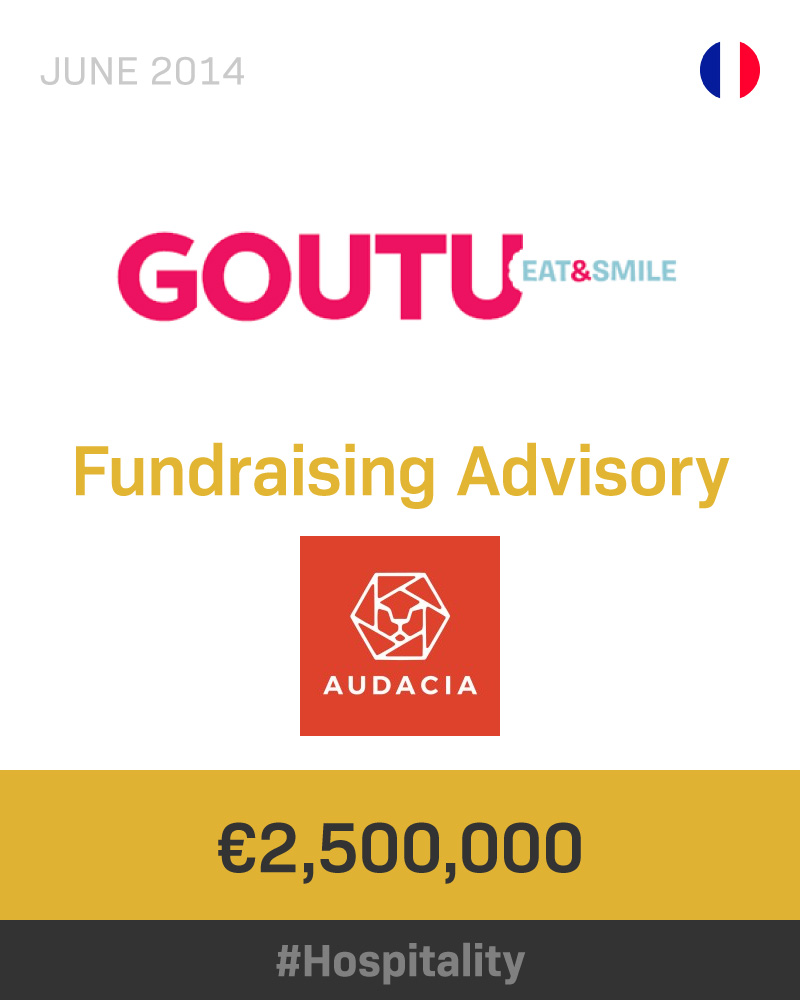 Effective Capital advised Goutu for its first financing round.

Since 2009, Goutu has become a key player in the Parisian sandwich’s industry. With its mini-sandwich at 1 €, the chain tries to differentiate itself through the large choice of sandwiches and the high quality ingredients. “Goutu Stores” are located in different areas of Paris and its region and Goutu is willing to pursue its expansion.

The firm has already 7 points of sale. The fundraising will give Goutu the means to develop its retail network in the Ile-de-France region (Paris area) while opening a central lab to fully exploit the potential of its catering activity.

Goutu wants in a second time to export its brand and concept in every French big city. The establishment of the franchise is under study, the company has ever received more than 4,000 applications without any communication plan.

“Audacia’s entrance as a shareholder of Goutu will provide us with the means to accelerate our commercial deployment in France, especially with new store openings in the biggest cities of the country. We hope that our network and our brand will be firmly presented in the French fast-food landscape”, states Noam Dahan, CEO and Founder.

Ilan Elbase, Partner at Effective Capital, adds: “This 1st round should enable Goutu to keep moving forward serenely. Its model has been approved by the success of the 4 openings in 2013”

Exclusive advisor of Goutu and its shareholders, Effective Capital structured the entire operation.