Series B round for FittingBox with Innovation Capital and Banexi Ventures 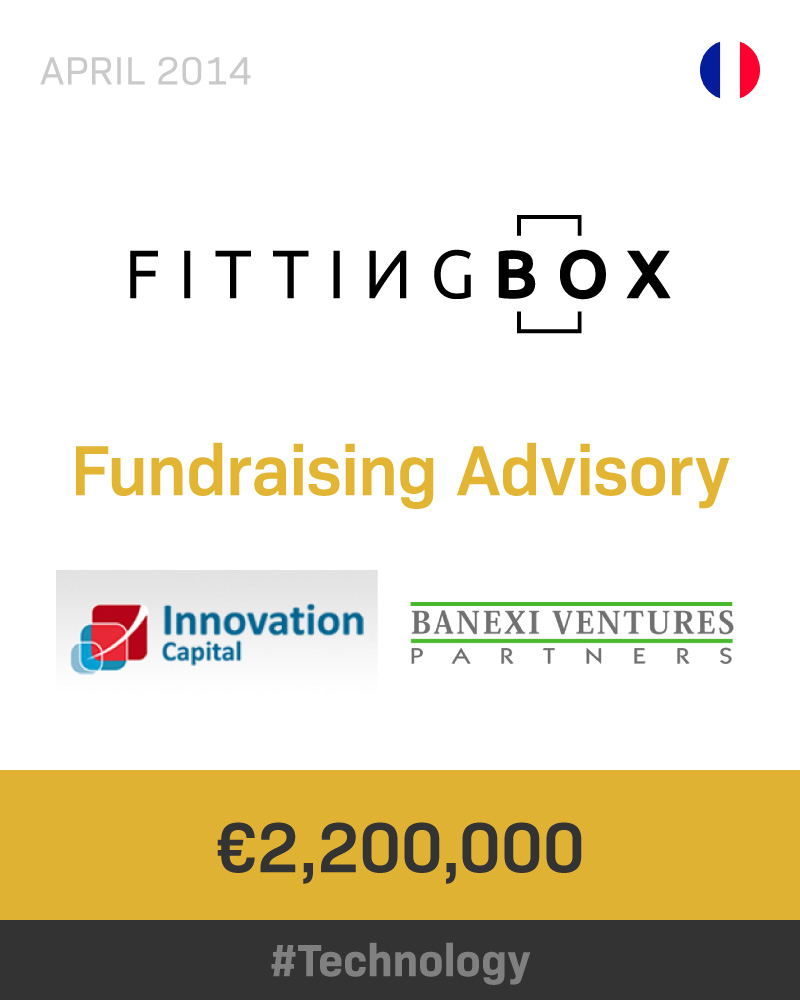 Effective Capital advised Fitting Box for its first financing round. FittingBox makes a Series B round of $2.9m (€2.1m) mainly from Innovation Capital, and also from Banexi Ventures, its historical shareholder.

Created in 2006 with the aim of becoming the reference Saas solution for the optical industry, FittingBox develops and markets virtual fitting solutions in order to boost glasses and sunglasses sales both online and in store. The firm has digitized more than 40,000 glasses models and counts over 900 clients, representing 10,000 shops all around the world.

This new round is part of the firm’s global strategy: on the one hand, to consolidate its position as leader of virtual fitting solutions and digitalization of glasses for the leading manufacturers, and on the other hand to accelerate the commercialization of its Optisso range of solutions for the opticians. Already present in 26 countries, the funds will allow the firm to pursue its worldwide expansion while reinforcing its financial structure, thus enabling the company to sign more long term contracts with major clients.

“Innovation Capital’s entrance as a shareholder of the company and Banexi Venture’s renewed confidence will provide us with the means to maintain our technological advance and to accelerate our commercial deployment in France and abroad.” estimates Ariel Choukroun, President of the Advisory Board.

Michel Desbard, Partner at Innovation Capital states: “We are delighted to be leader in this round which will allow FittingBox to increase even more its international expansion. We have been impressed by the quality of the founders and managing members of the firm, regarding both their vision of the market and their capacity to adapt quickly to changes. We have been tracking them for several years and can now relate the progresses that were made with modest means. The equity brought by this second investment round by our fund “Services Innovants Santé et Autonomie” will allow FittingBox to become a major player in the transformation from classical sales network to connected shops that awaits the optical professionals.”

Exclusive advisor of FittingBox and its shareholders, Effective Capital structured the entire operation.